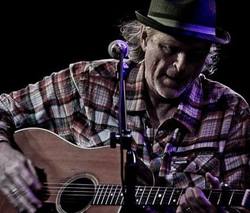 Bruce Piephoff is a delightful poet and musician with a talent for composing poetry of fine clarity and immediate appeal; his art is cheerful and open and he has a real feeling for his subject matter. He is of admirable personal character and has been courageous in pursuit of his genuine vision." - Fred Chappell (Poet Laureate of North Carolina; 1997-2002).

Bruce Piephoff has been writing, performing and recording his songs and poems since 1968 when he started out playing in bars around Chapel Hill, NC.  He was a student there at UNC for several years before dropping out of school to ply his trade as a singer/songwriter; traveling around the country performing in little coffeehouses and bars.  He later returned to school at UNC-Greensboro to get a B.A. in English and a Master of Fine Arts degree in creative writing (poetry) in 1984. After graduate school he worked in the N.C. Visiting Artist program and similar  programs in Va. and Fl. until 2001 when he returned to being a full time independent artist after the artist residencies were cut by the government. Bruce has performed everywhere from the Collard Festival in Ayden, NC to the Kennedy Center in D.C.  He has played at Merlefest, Kerrville Folk Fest, Woodsongs Old Time Radio Hour and many other prestigious venues while sharing the stage with Hot Tuna, Gregg Allman Band, Steve Forbert, Big Boy Henry, Riders In The Sky, Tom Paxton and many others.  He has recorded 22 CDs of all original work, the most recent being "Still Looking Up at The Stars" in 2011. He also has 2 books of poetry, "Honky Tonk Stradivarius" and "Fiddlers and Middlers".  He will release new work, a CD titled "Soft Soft Purrings" in January of 2014.  He often performs these days with Scott Sawyer on electric guitar.  Bruce continues to live in his native Greensboro, NC with his wife, Laura.