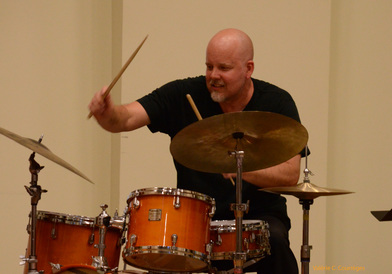 Dan moved to the Raleigh/Durham/Chapel Hill area in 1990 and began a long association with many of the finest musicians in the region.  He is an active performer, educator, and clinician. From 2002-2005, Dan was a band director at the Durham School of the Arts in Durham, N.C., receiving the Claus Nobel Educator of Distinction award in 2005.